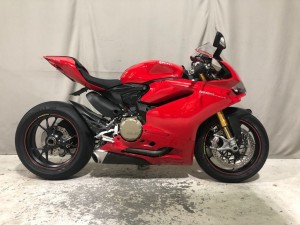 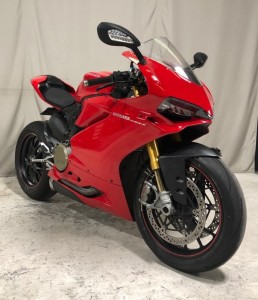 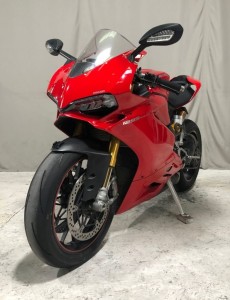 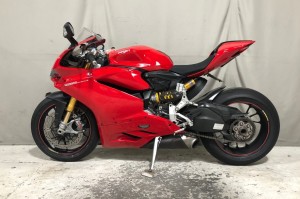 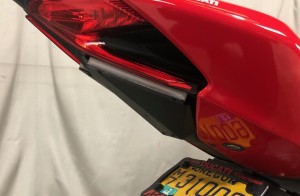 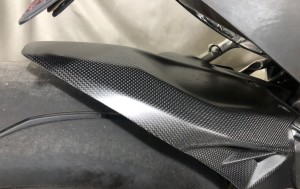 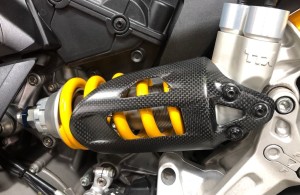 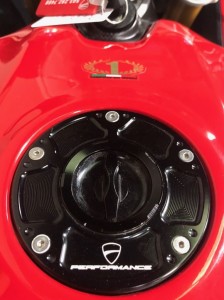 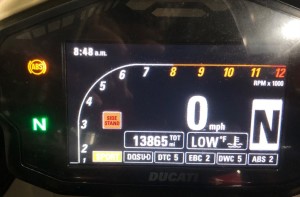 Last of the big bore twin superbikes from Ducati. The Panigale 1299s has an amazing sound and looks great on the road. The S model features Ohlins electronic controlled suspension and forged aluminum wheels. Coupled with the electronic suite of rider aides, this 200+ horsepower beast almost seems tame to ride (disclaimer - we said almost).

Where technology is a step ahead

Bring the Superquadro engine with an unprecedented 116mm bore producing 205 hp of pure adrenaline and 106.7 lb-ft of stunning torque together with the semi-active suspension and electronic steering damper governed by the hlins Smart EC system and technology takes a giant leap forward. The 1299 Panigale S stands apart with its full LED headlights, carbon fiber mudguard and forged wheels. Undoubtedly the most thrilling superbike on the market.

The apex of performance

The new Superquadro engine is ingeniously incorporated into the Monoscocca chassis, providing the perfect platform from which to deliver its incredible 205 horsepower. The underside of the fuel tank, when mounted, seals the top of the frame which then becomes the airbox. Innovative engineering solutions such as these are used throughout the Panigale line, and take the dry weight of the 1299 Panigale/S down to 166.5 kg while the Panigale R sits at an incredible 162 kg.

The new Superquadros bore/stroke ratio of 1.91:1 sets an extreme example of the power-maximizing oversquare architecture used in the worlds most advanced racing engines. A short-stroke crankshaft and enormous pistons combined with large Desmodromically-actuated valves allow the Superquadro to breathe freely at high rpm, while a 1285cc combustion chamber ensures the ample torque that has made so many enthusiasts fall in love with Ducatis signature L-twin power.

During development of the first Superquadro engine, Ducati engineers took their design freedom to the limit by increasing the distance between centres of the six-speed gearbox shafts and allowing the use of gears with an increased diameter and superior strength for the transmission of power.

The Panigales Monoscocca chassis forms its structural backbone - compact, rigid, lightweight, and multi-functional. Cast in aluminium, it attaches at its rear directly to the heads of the Superquadro engine and contains the steering head and bearings at its front.

The 1299 Panigale features the finest brakes available - Brembos M50 Monoblock callipers. Sporting an extremely compact design and machined out of a single alloy block, the M50 callipers offer the ultimate in rigidity and deformation resistance during extreme braking.

Ducati Traction Control (DTC) is an advanced system that monitors and maintains control over slipping of the rear tyre and operates on the basis of eight different levels of intervention, each of which has been programmed to respond to a different tolerance to rear slipping. Each Riding Mode is assigned a preset level of activation, which can then be modified according to the riders desire.

First implemented on the incredible Ducati 1199 Superleggera, Ducati Wheelie Control (DWC) recognizes front-wheel lift and responds according to one of 8 rider-selectable levels, allowing the throttle to be maintained open without fear of the wheelie getting out of control. This allows for maximum possible acceleration, ensuring a formidable drive out of any corner.