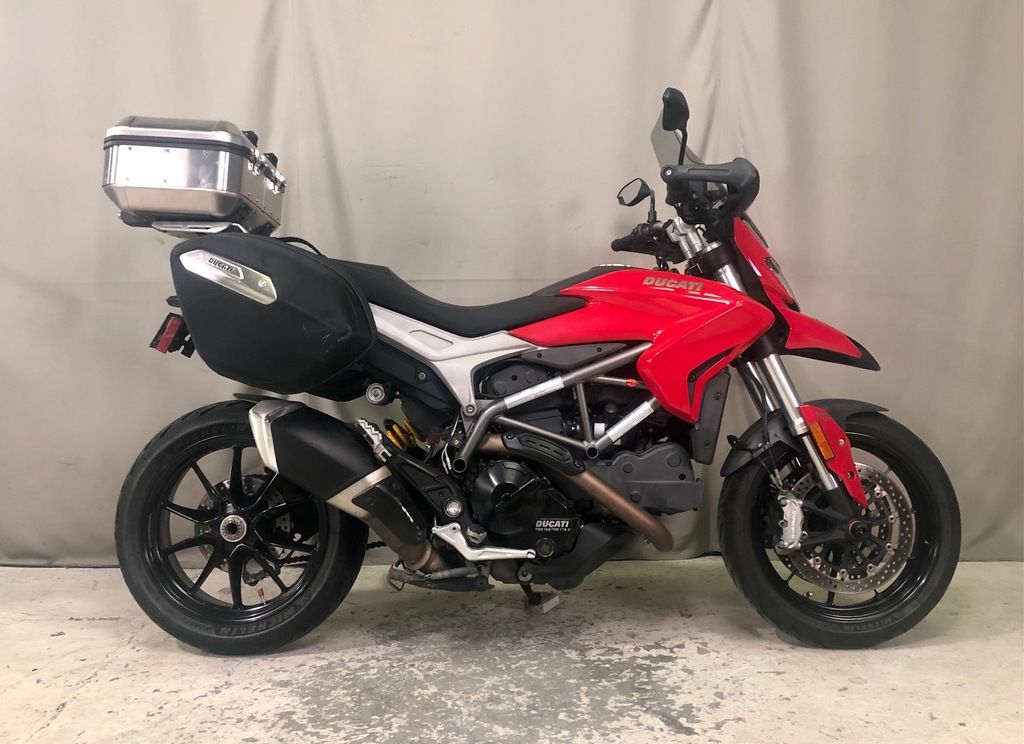 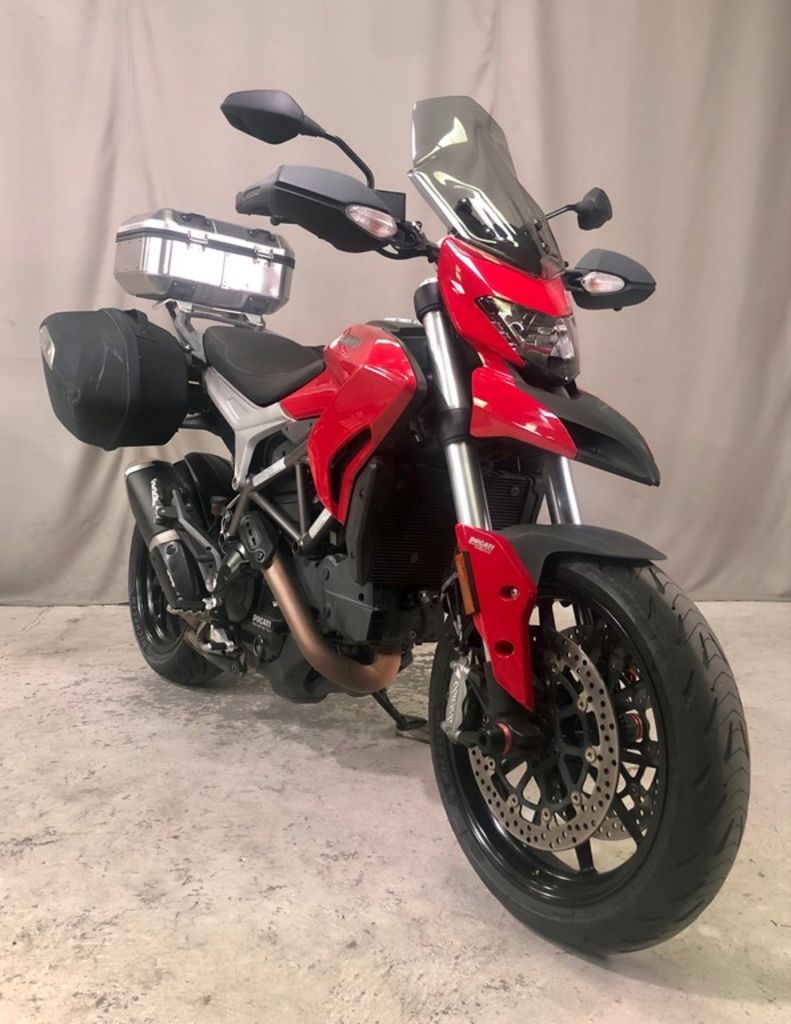 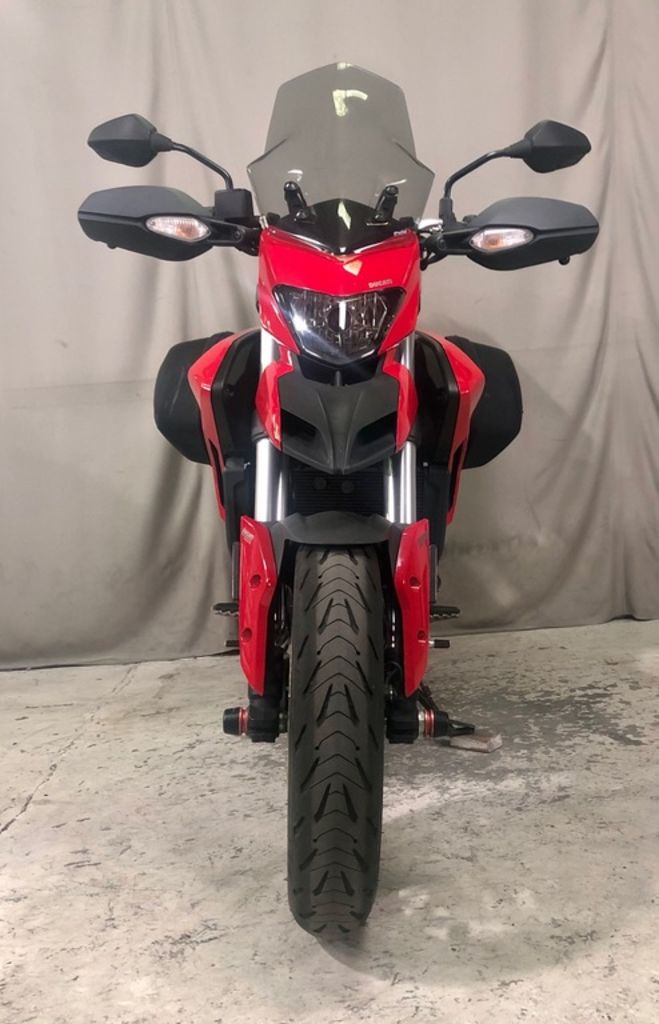 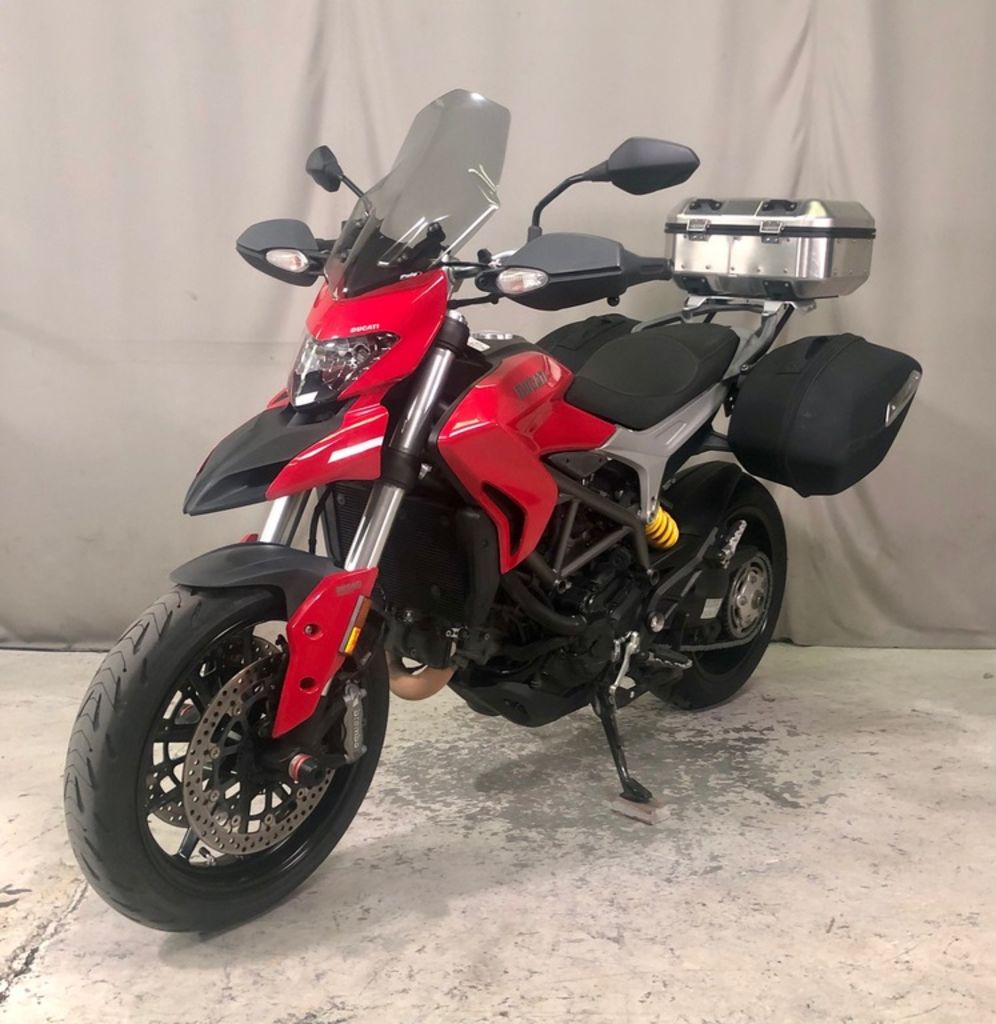 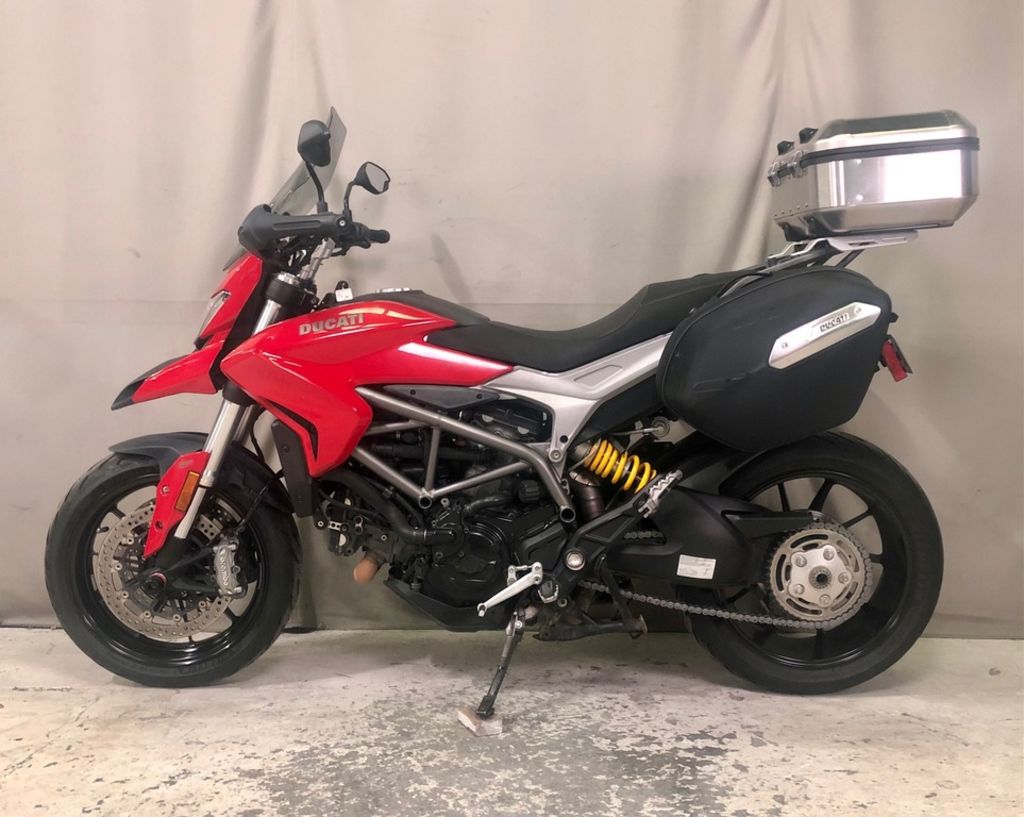 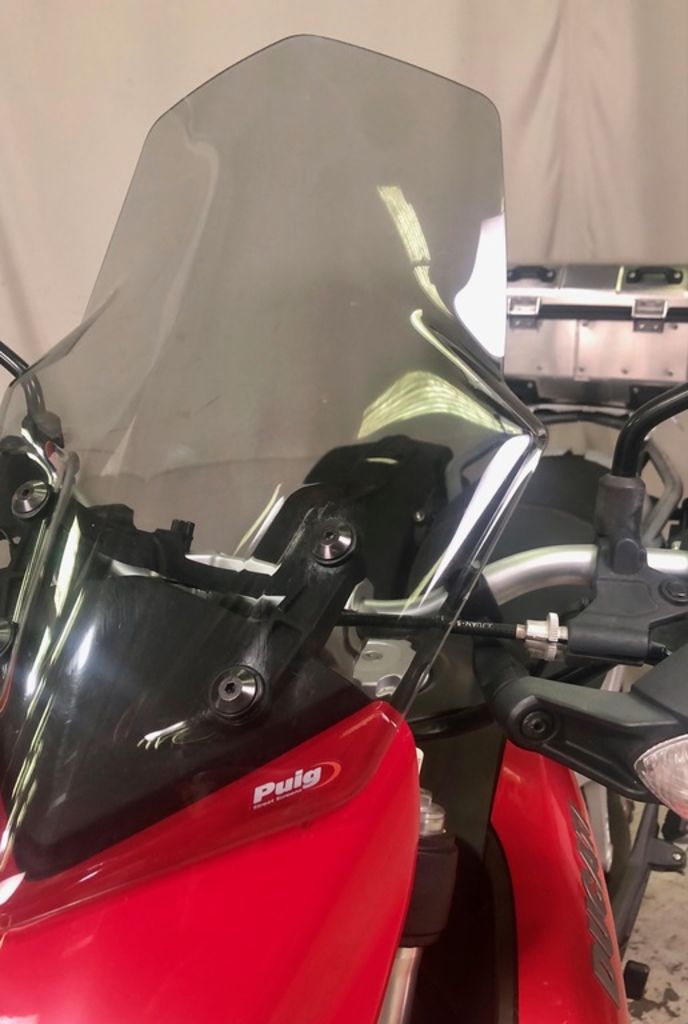 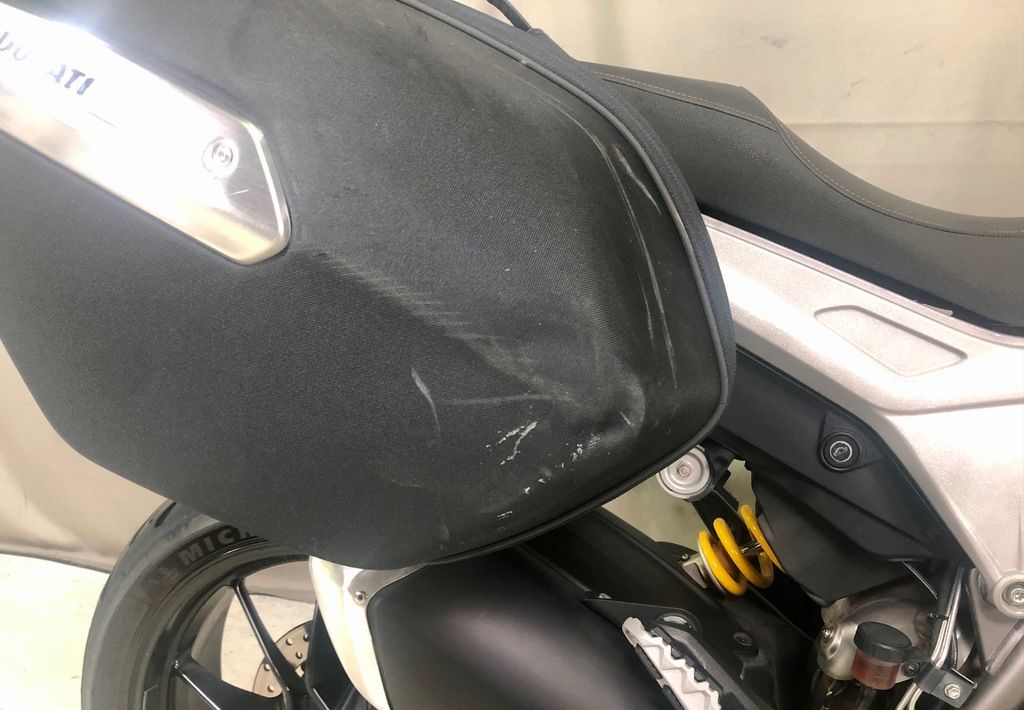 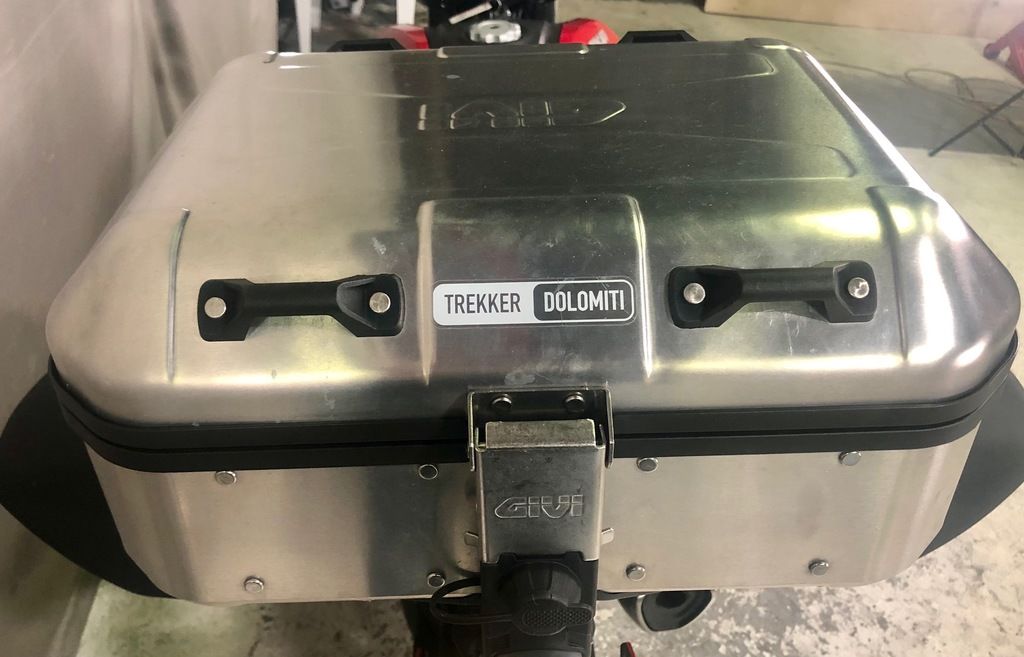 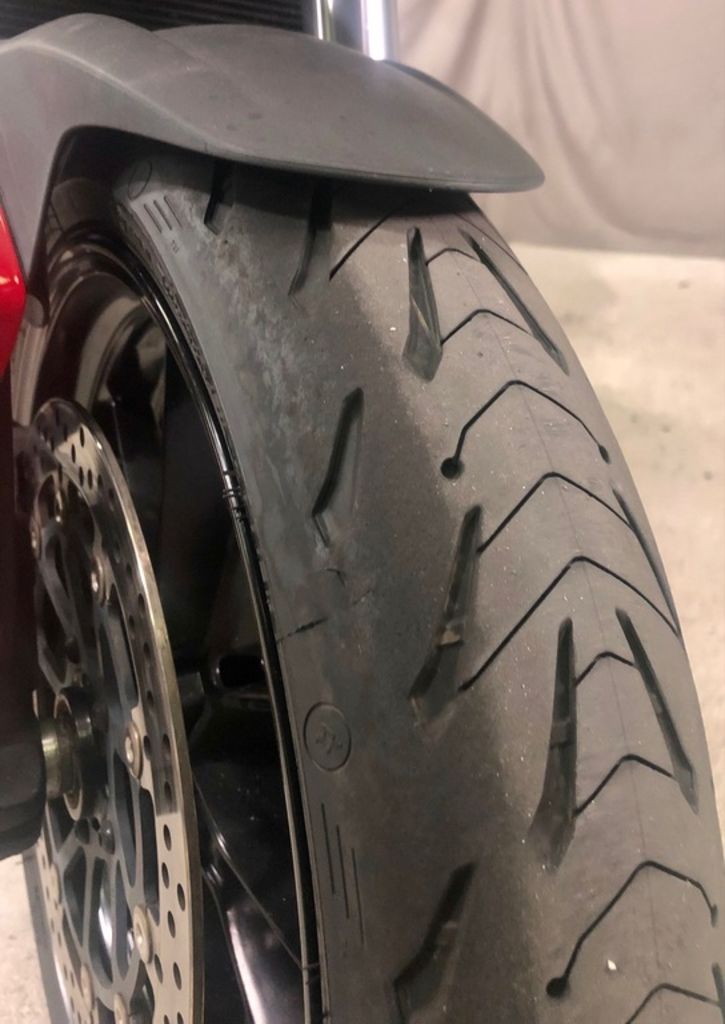 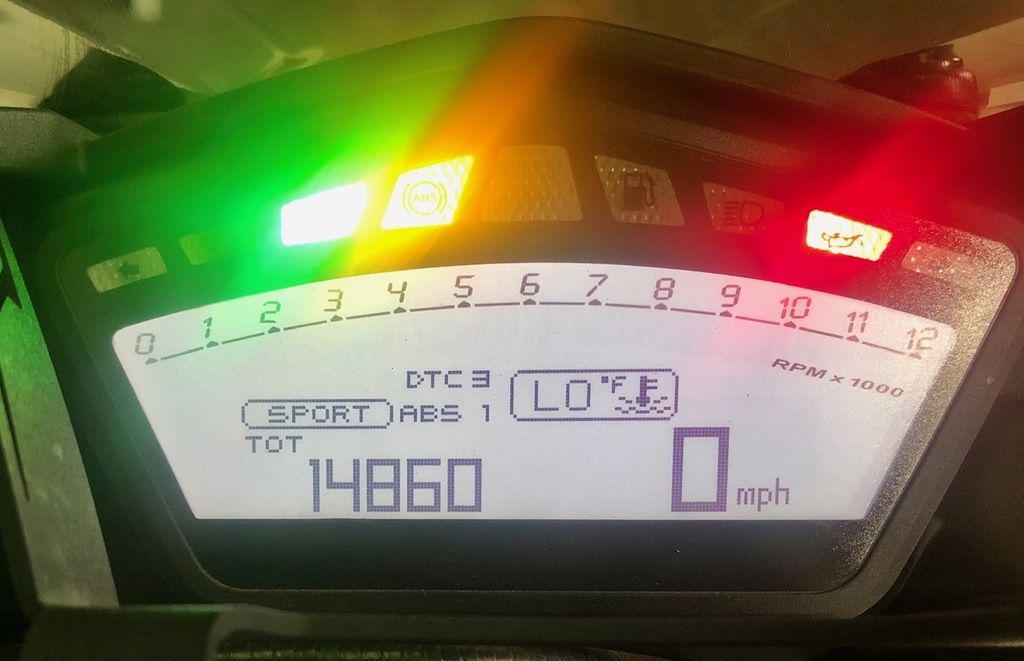 The Hyperstrada extends the hypermotard concept to fascinating new horizons. ABS, DTC, windshield, side bags, dedicated ergonomics and a series of touring features offering a new riding experience for everyone who loves curves, even when theyre far away from home. Hyperstrada: broaden the horizons of your emotions.

The original dirtbike-inspired look has become even more daring thanks to the visibly higher ground clearance, the high and tapered tail and the narrow sides. These are the design elements that characterise the new version and which have been created for a motorbike that can be used for urban commuting, touring or for a thrilling day-out on the track.

The Hyperstrada model is of a completely new size for the Hypermotard family: a unique and innovative motorbike which represents a kind of “crossover” between the Motard world and that of Touring. This incredibly versatile vehicle opens up new and thrilling horizons for motorbike enthusiasts and further emphasises the potential of this new family.

The new Testastretta 11° adopts technical solutions which directly reflect Ducatis engineering know-how and have led to the creation of an extremely fluid and stable engine: the 11° valve overlap confirms the excellent results obtained in the Multistrada 1200 family and improves the exhaust and intake stages with consequent steady operation at medium and low speeds. The relocation of the fuel injectors, which was also applied to the engine of the new Multistrada 1200, aims the jet of fuel directly at the hotter rear end of the suction valve, so that all fuel is atomised; a secondary air system similar to that of the 1199 Panigale enables the engines operation to be optimised thanks to the controlled flow of oxygen which reduces cyclical combustion dispersion, thus effectively eliminating unburnt fuel.

The new engine is equipped with an APTC oil bath clutch with ‘slipper function which can be activated with reduced force on the lever. Its design uses a progressive self-servo system with plates with a high wear coefficient and this increases the torque available, with all other factors being constant, and hence reduces clutch spring loading and, ultimately, loading on the lever. All the models are now equipped with cable-clutch control; this has proven the best solution for this application in terms of build simplicity.

The new Hypermotard family of bikes is equipped with a new tubular steel Trellis frame with 34 mm main section tubes, 25.5° rake, 104 mm trail and 30 mm offset, dimensions which allow steady and safe control without compromising the agility typical of this motorbike. The frame connects into the seat rail and, as in the new Multistrada 1200, includes an intermediate section in engineering polymer. A wide 70° steering angle allows great handling, while the wheel base has been increased to 1500 mm to maximise stability at high speeds.

The rear suspension of the new Hypermotard family relies on the exclusive die-cast aluminium single-sided swingarm, which has been specially designed to provide strength and guarantee excellent control of the rear axle. This elegant mechanical solution helps emphasise the bold and sporty character of the new models.

The fuel tank in the new Hypermotard family has been completely redesigned and its capacity increased to 16 litres (4.6 litres more than the previous models), guaranteeing a greater range without affecting the bikes fundamental and sinuous lines.