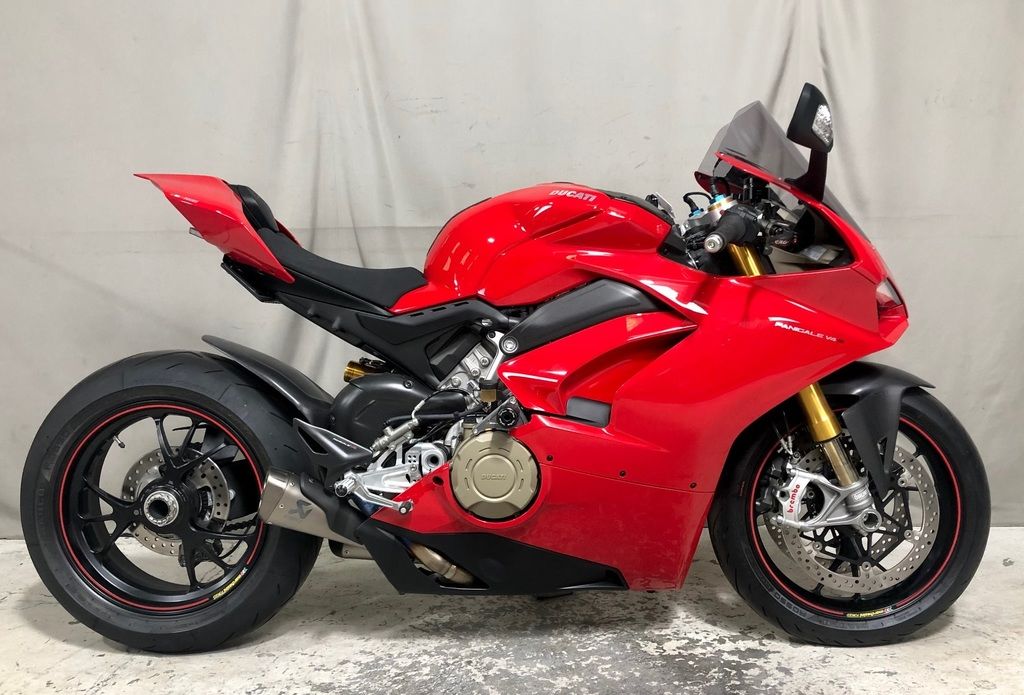 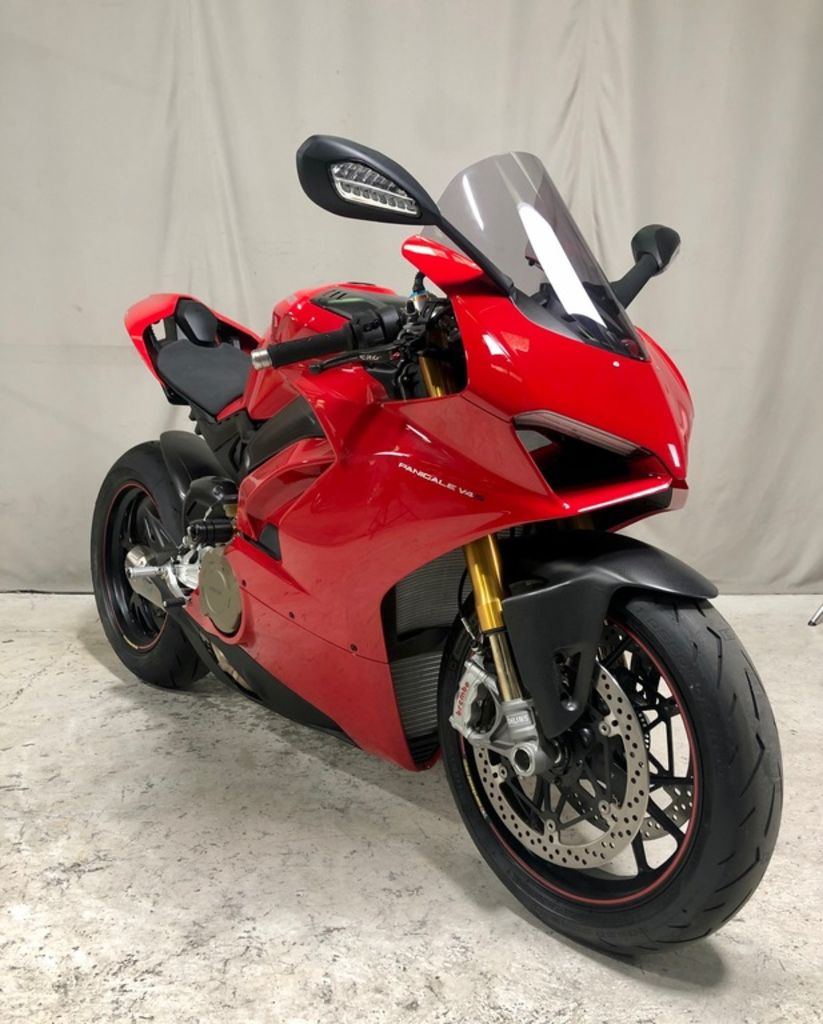 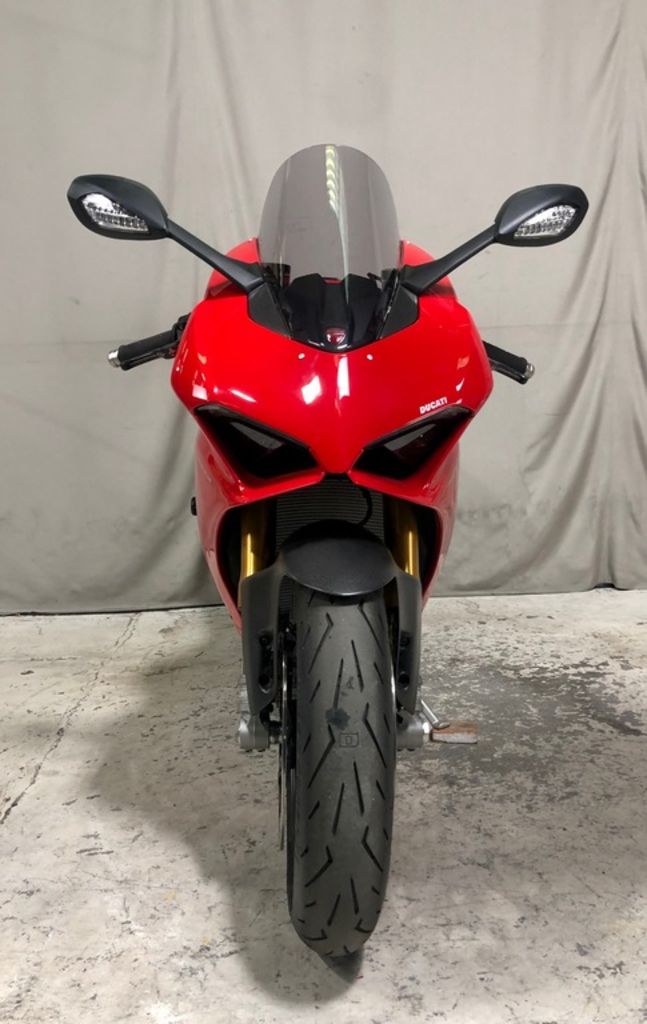 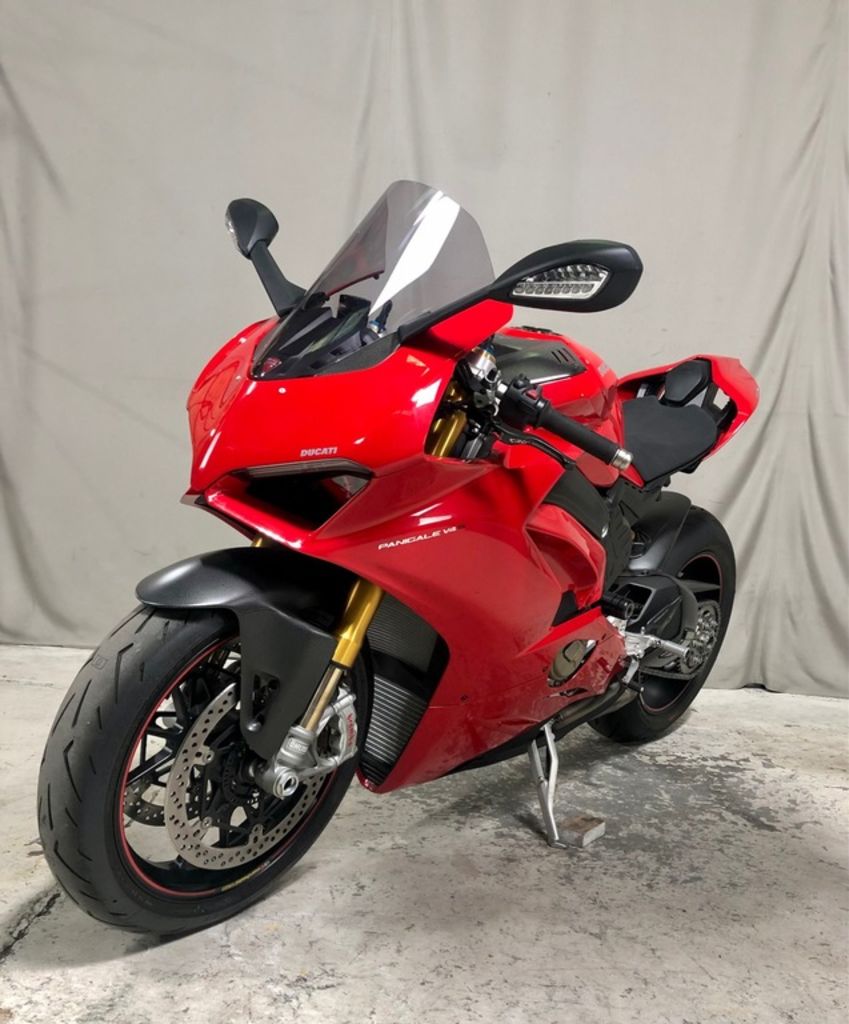 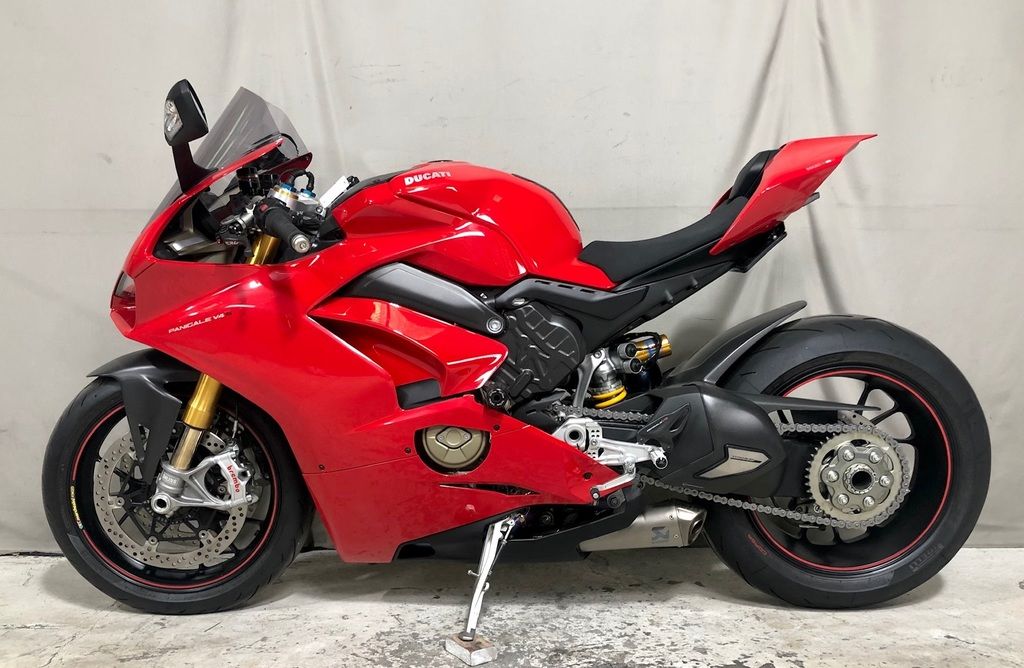 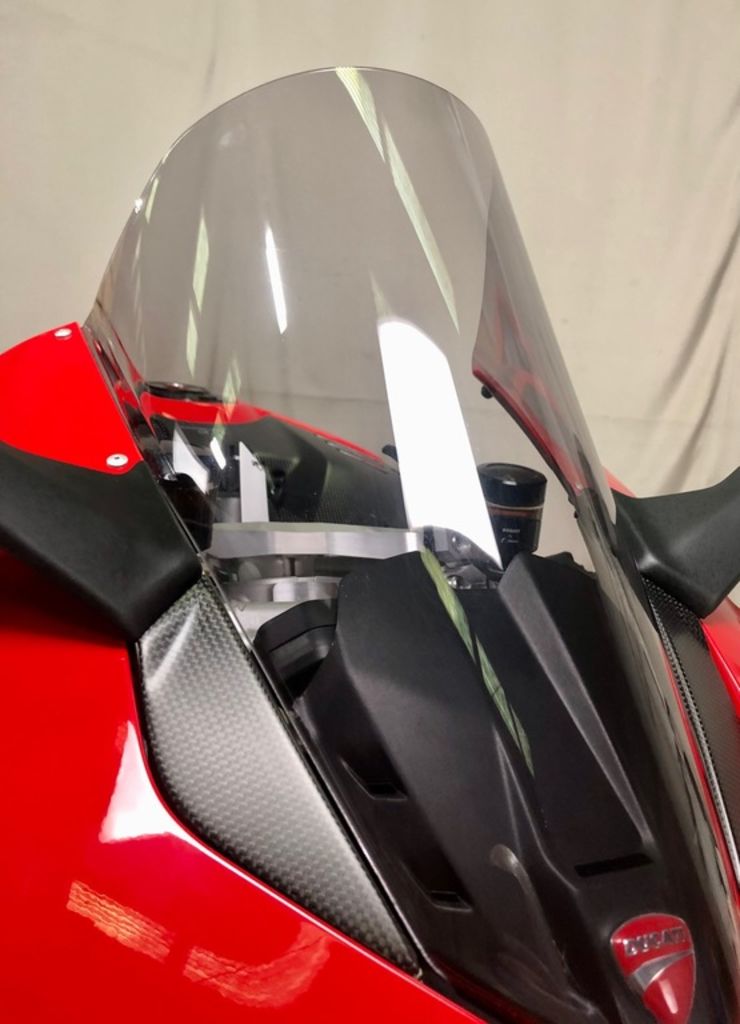 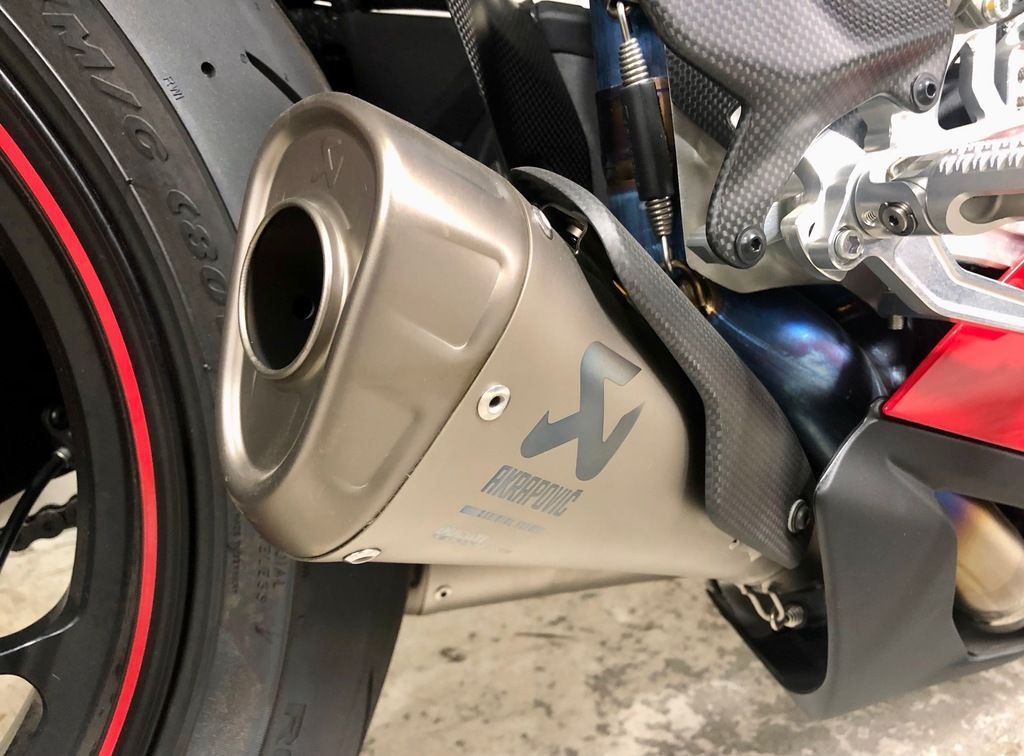 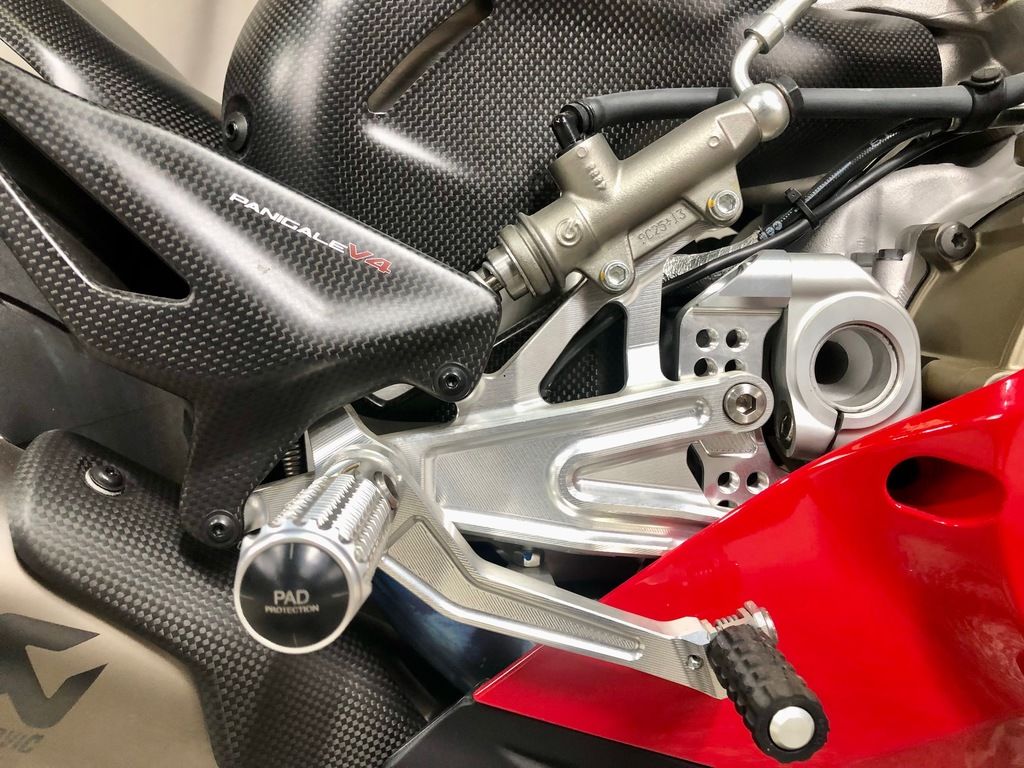 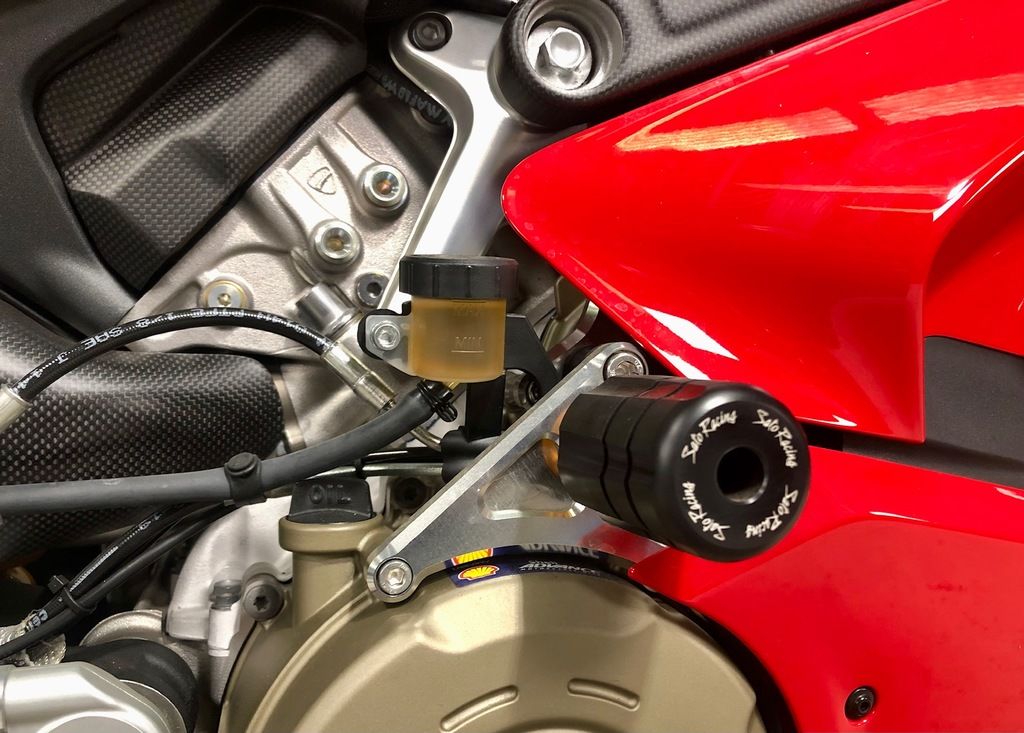 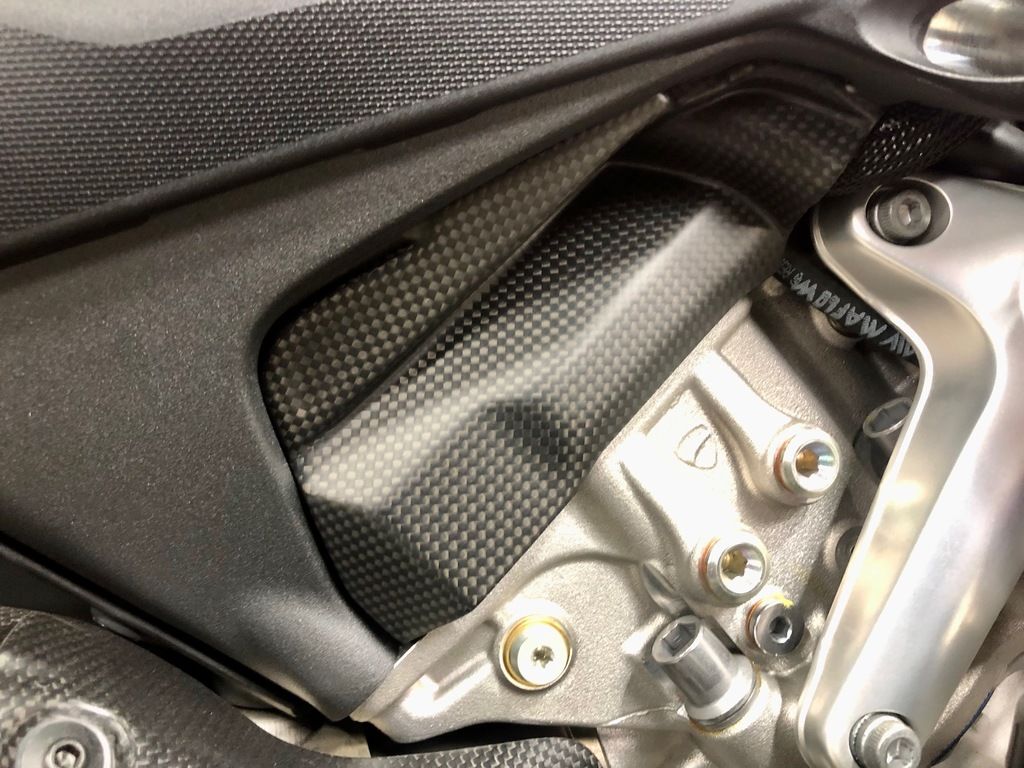 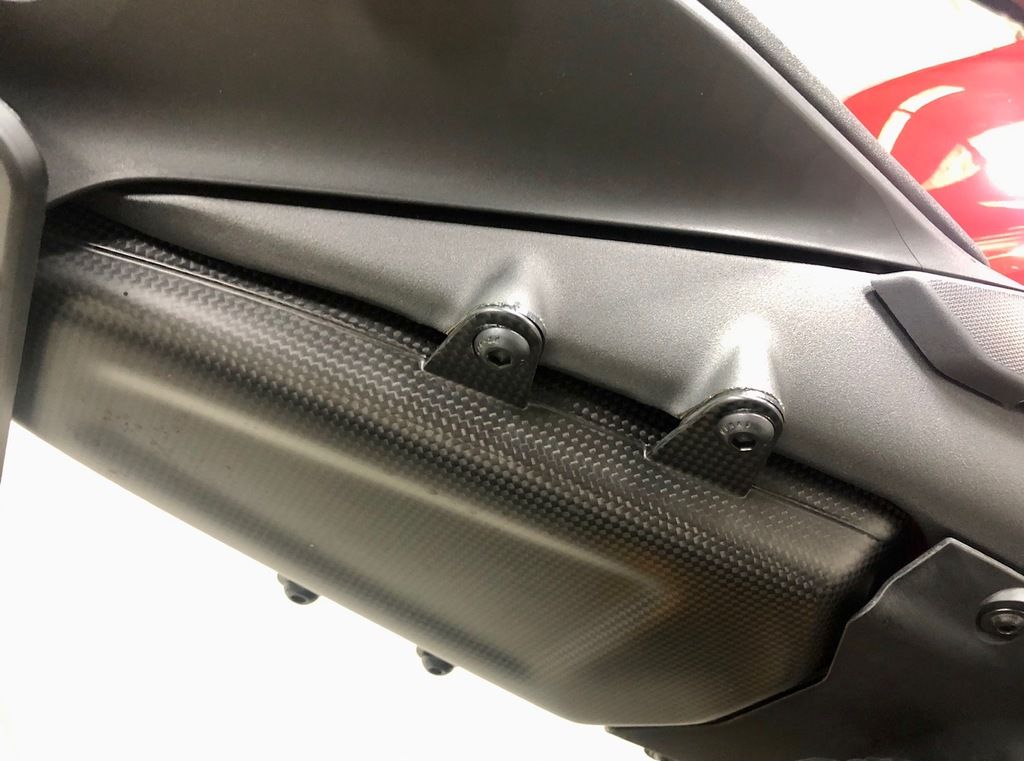 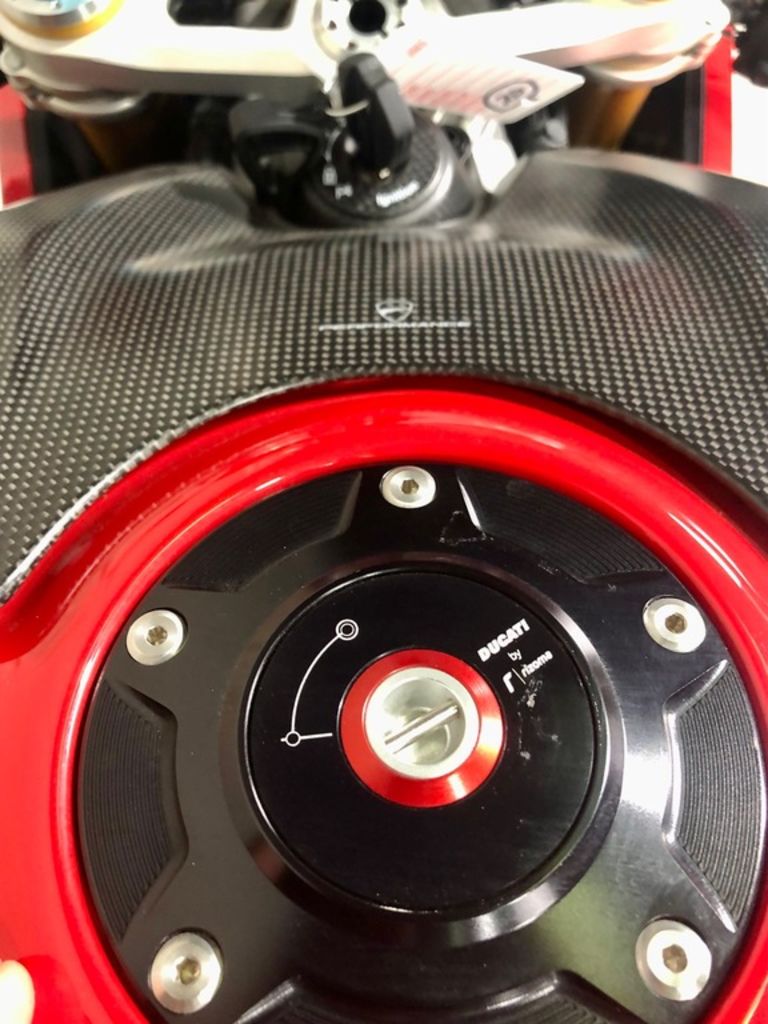 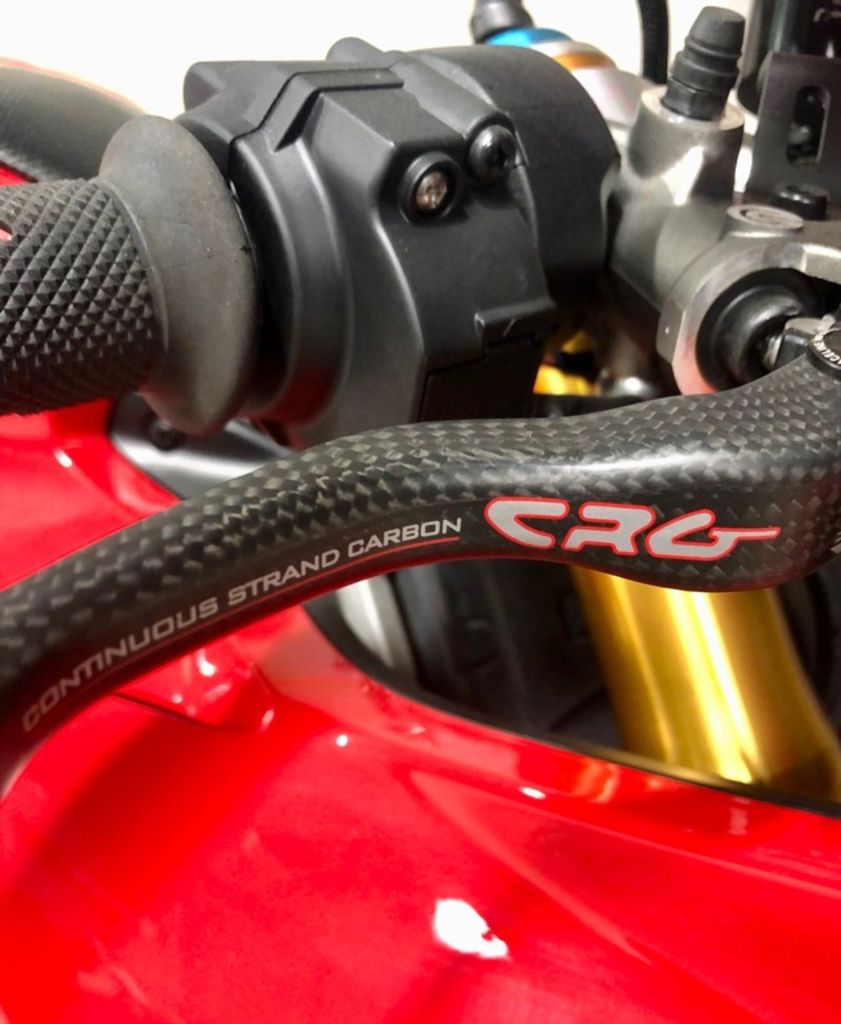 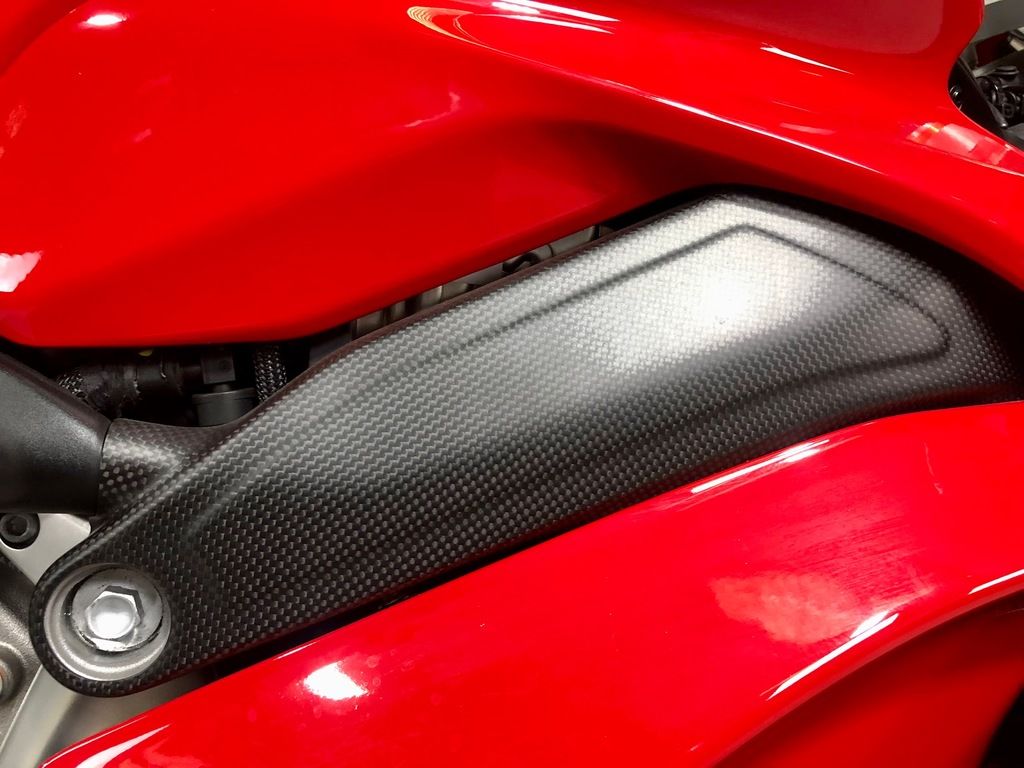 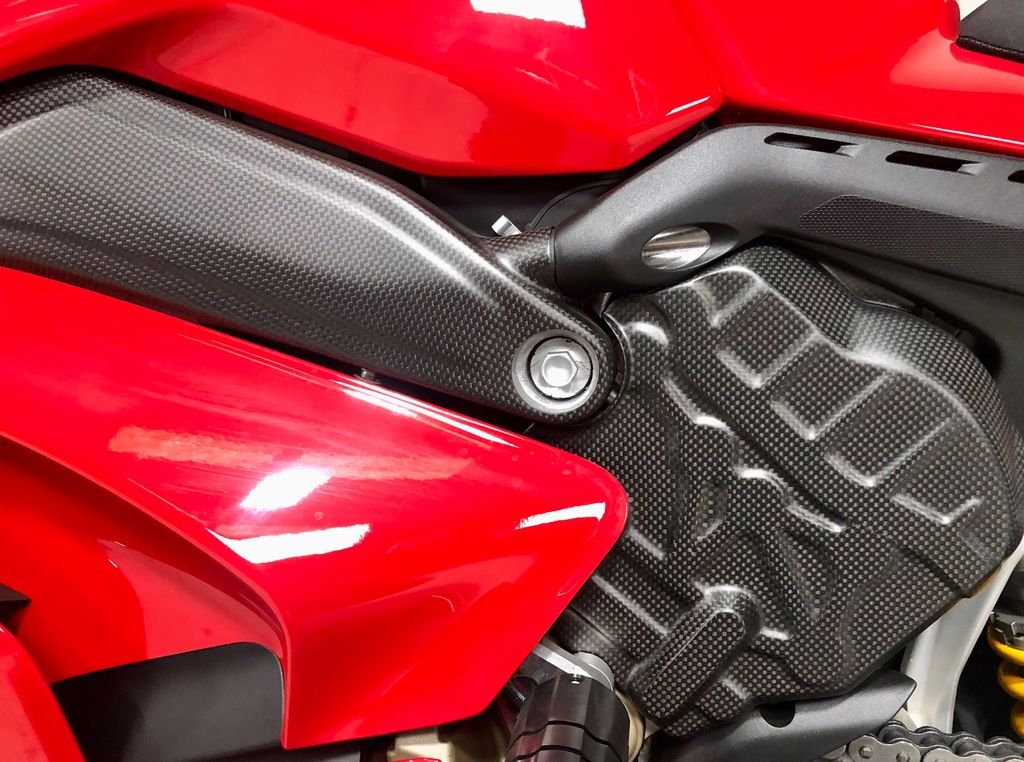 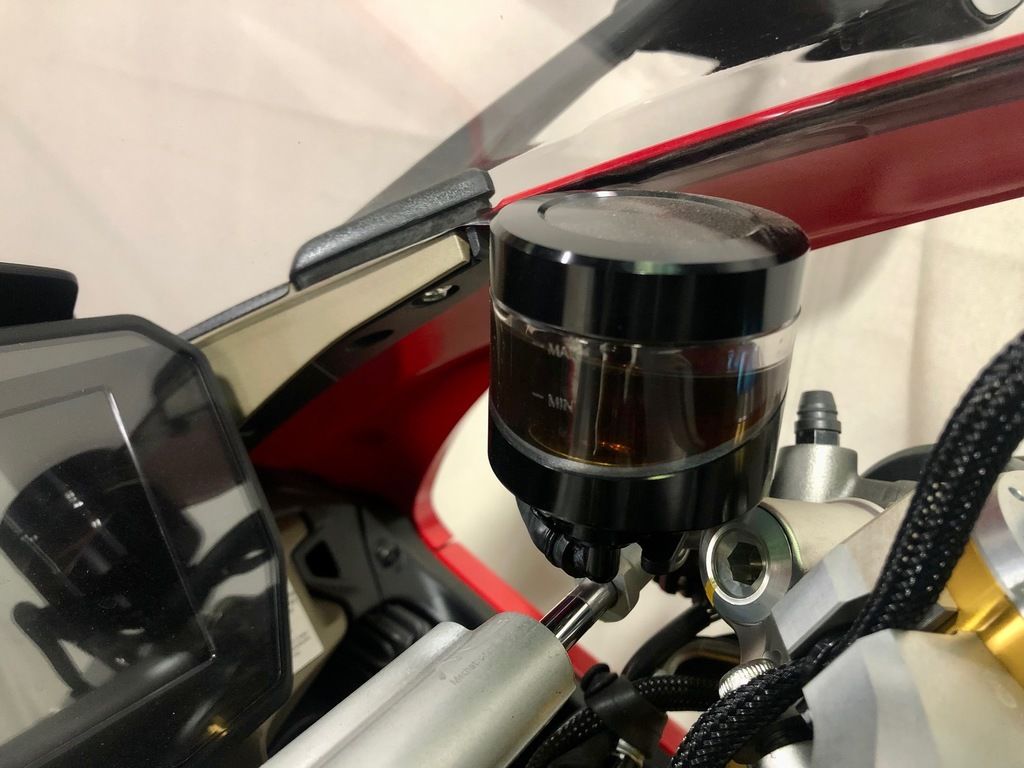 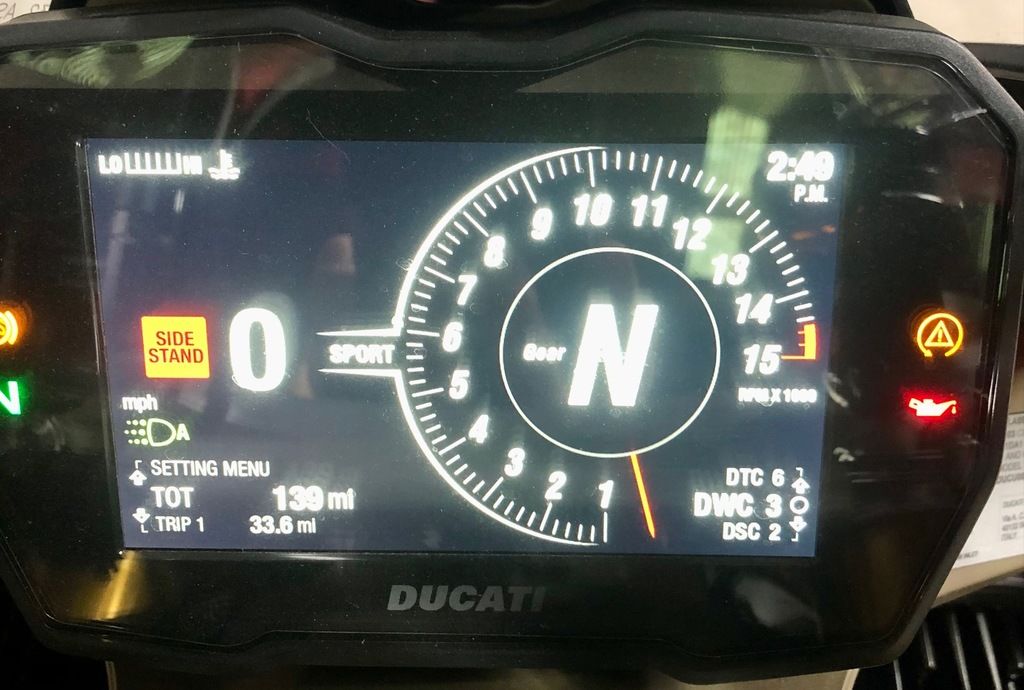 YES, you are seeing this correctly: This Panigale V4S has only 139 miles and all the most important upgrades already done. This bike needs nothing but a new owner to love it and ride it. Shining gems like this dont come around often and the value is here. Dont miss out

Used bikes do not have warranty, but coverage can be purchased for additional cost.

It is called Panigale V4 and it marks a new and important chapter in Ducatis history, a symphony of performance and emotions that are 100% Italian. Panigale V4 is the first mass-produced Ducati motorcycle to be equipped with a 4-cylinder engine, closely derived from the Desmosedici of the MotoGP. The Panigale V4 range grows with the introduction of the new Panigale V4 S Corse: with an exclusive livery inspired the official colors of the Ducati Team MotoGP, it is an authentic celebration of the Ducatis racing spirit.

The Panigale V4 replaces the iconic 1299 at the top of the Ducati range, doing so by enhancing performance and so that riders of all skill levels can enjoy boundless fun and excitement. The Panigale V4 has been developed in close collaboration with Ducati Corse, drawing directly on know-how and technology from the racing world to provide a road bike that is the closest thing possible to its MotoGP counterpart.

The new Panigale V4 is the essence of sport motorcycling in its most exhilarating and pure form: redefined design, new engine, state-of-the-art chassis, and innovative electronics: a concentrated blend of Ducati technology, style and performance. The new Panigale V4 S Corse is an authentic celebration of Ducati’s racing spirit, with an exclusive livery inspired to the official colors of the Ducati Team MotoGP.

The Ducati Style Centre gave shape to the character of the new Panigale V4 S Corse and its performance following what for Ducati are the canons of Italian sports elegance: large and soft surfaces interrupted by few bold marks. The result is a refined and simple bike, designed to maximize performance.

The new Desmosedici Stradale engine has been designed based on the experience gained in MotoGP. The typical approach used in competitions is found in the extraordinary power and torque values: the 90° V4 with a displacement of 1,103 cm, the counter-rotating crankshaft and the 4 valves per cylinder with desmodromic distribution that reaches 214 hp (157.5 kW ) of maximum power at 13,000 rpm and 122 Nm (12.44 kgm) of maximum torque at 10,000 rpm.

The performance of the Desmosedici Stradale must always be easily manageable to achieve maximum racing results, optimizing the energies and concentration of the rider. The new Panigale V4s control electronics use the six-axis inertial platform data (6D IMU) that make it possible to capture and record extensive amounts of information.

The new Panigale V4 sets new absolute performance benchmarks and raises vehicle safety and dynamics control standards with a state-of-the-art electronics package that maximizes the potential offered by Boschs six-axis inertial platform. Other original controls have also been introduced, like controlled slides during braking, ABS Cornering that acts only on the front brake with a setup that was designed specifically for track riding, and Quickshift Up & Down with a strategy that takes into account the lean angle.